Two years running this is the best Japanese blended Whisky.

Hibiki, the highest class of blended whisky, was launched to commemorate Suntory’s 90th anniversary in 1989. It represents the corporate philosophy of Suntory – “in harmony with people and nature”.

Palate…. Oak, dark cherry and sweet caramel notes, buttery with a wisp of smoke and some wood spice.

Finish…. Long, with a hint of smoke.

Strictly one per customer.
Almost impossible to get. 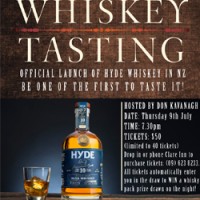