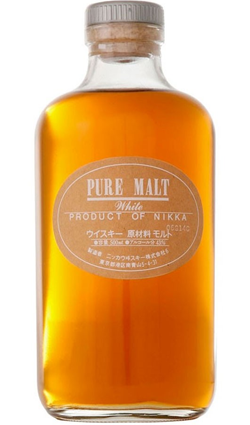 The purist comes in many forms. Whisky, like colour, is a matter of taste. For every purist, there is a Pure Malt.

Red, Black, White. The purist comes in many forms. Whisky, like colour, is a matter of taste. For every purist, there is a Pure Malt. A skillful combination of single malts, each bottling is conceived to satisfy a specific flavour preference: from pure fruit to pure peat.

The northern island of Hokkaido is where Taketsuru finds the ideal site for the construction of Yoichi, a distillery built in the purest Scottish tradition. For his first distillery, Masataka Taketsuru sought similar conditions to Scotland, where he had himself learned everything about whisky making.

Yoichi is established in 1934, in the small eponymous coastal city, benefiting from a rough, humide climate. The distillery is located 50km west of Sapporo city, known for its snow festival and host of the 1972 winter Olympics. Originally, the local peat bogs were the source of Yoichi’s subtle smoky notes, while the sea breeze leaves its imprint on these whiskies of undeniable character.