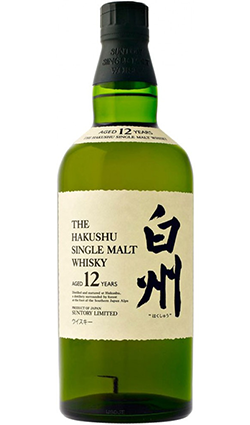 A perennial favourite and a must-try for anyone interested in discovering Japanese whisky.

A perennial favourite and a must-try for anyone interested in discovering Japanese whisky. Hakushu is owned by Suntory, founders of the first Japanese distillery, Yamazaki. The original Hakushu distillery was built in 1973, with another distillery building called Hakushu Higashi (west) added in 1981.

A must try Japanese Whisky.

Palate: Much more fruit on the palate, but it’s but no means a sweet whisky. Still rich, herbaceous and grassy, with a waft of smoke along the way.

Finish: Quite short, though enjoyable with orange peel and a touch of minerals.