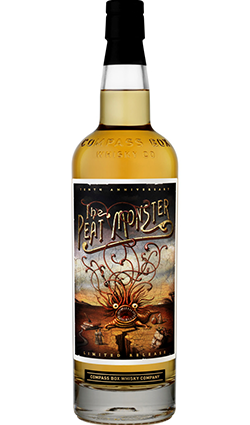 Compass Box appended “The Peat” to the front of “Monster” and breathed fresh life into the beautiful beast. It has gone on to become their best-selling Compass Box whisky.