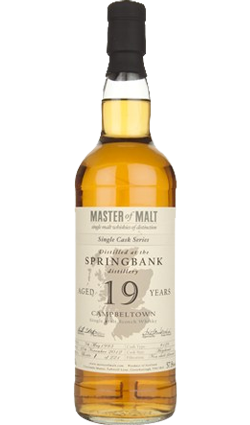 The Old Fettercairn distillery (a.k.a. Fettercairn or Nethermill) was built in 1824 by Sir Alexander Ramsay. So, that’s the meaning of the number 1824 on the bottles – it’s not the distillation year… The distillery was rebuilt between 1887 and 1890 after it was damaged by a fire. Fettercairn was hardly the only distillery in Scotland to suffer such a fate – in fact I imagine that the distilleries that were not damaged or even completely destroyed at least once in their lifetime are the proverbial exceptions to the rule.

The story of Fettercairn is not all that different from that of other Scottish distilleries either, in the sense that this whisky distillery had quite a few other owners and licensees during the rest of the 19th century, including James Stewart & Co., Gibb, Durie & Co., James Durie and David Durie.

Fettercairn was silent between 1926 & 1939, when it was acquired by Associated Scottish Distilleries Ltd, a subsidiary of Train & McIntyre Ltd. (owned by National Distillers of America). The new owners resume production immediately and until the maltings were closed in 1960 the distillery enjoyed a few relatively quiet decades. Then things start to become ‘fluid’ again… In 1966 the number of stillswas extended from two to four, but that was the last major change to the distillery itself – unless you count the visitor centre that was opened as early as 1989.

Apologies, but there are no posts to display.